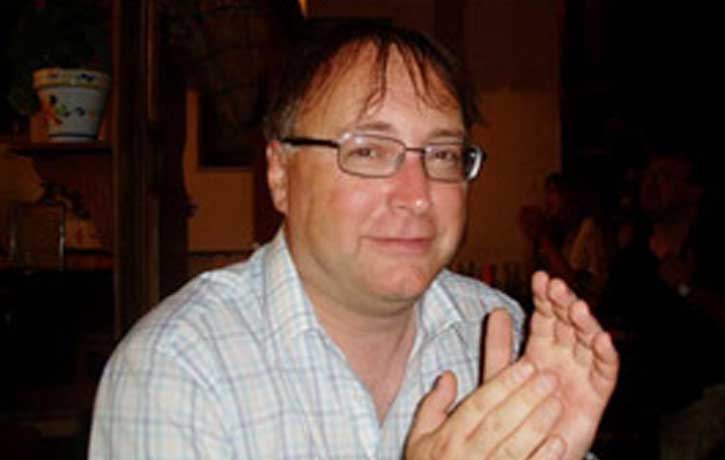 Peter from Corsham, Wiltshire, is a primary school teacher who has suffered chronic back pain since his early 20s. At its worse, he was left immobile for up to a week.

He had to take time off work and would spend a lot of money on more traditional treatment and medication, which he now believes was simply firefighting.

Since working with Dr Thomasina, his back pain has eased drastically and his overall well-being has improved.

1. Why did you decide you needed help?

I had chronic lower back pain and sometimes was unable to move for up to a week. I would be unable to work and in extreme discomfort.
I would take anti-inflammatories and spent a lot of money on an osteopath. It would ease the pain, but now I think it was only firefighting as I often had to go back.

2. Why did you decide to use Dr Thomasina?

She was recommended by a work colleague who described the treatment as a ‘present’ to herself. A lot of people had given advice and made recommendations for dealing with back pain, but it was something about my colleague’s description which I found encouraging.

3. How has Dr Thomasina’s treatment benefited you?

I like the holistic nature of the treatment. It feels more like a healing approach, rather than just mending.

It’s helped me to understand the pain in my body is an accumulation of various factors, not just physical.

For the first time in my life, I’ve taken notice of my body and realise now it was trying to communicate with me over the years. Thomasina has helped bring about this awareness and incorporate it into my life.

She’s treated my nervous system and the spasms in my lower back and neck have all started to fade away.

I don’t know how she does it - she doesn’t yank and crank your bones, but rather uses light touches – but it’s been effective.

It’s also affected the way I approach life, which is generally more focused, relaxed and accepting.

4. Would you recommend Dr Thomasina?

Absolutely and I frequently do.